As per subject. My first real build after doing a few initial steps with a delta station.

The new version, even if alpha, is absolute a great achievement. Congrats to the OFM Team!

This is what I made of it: 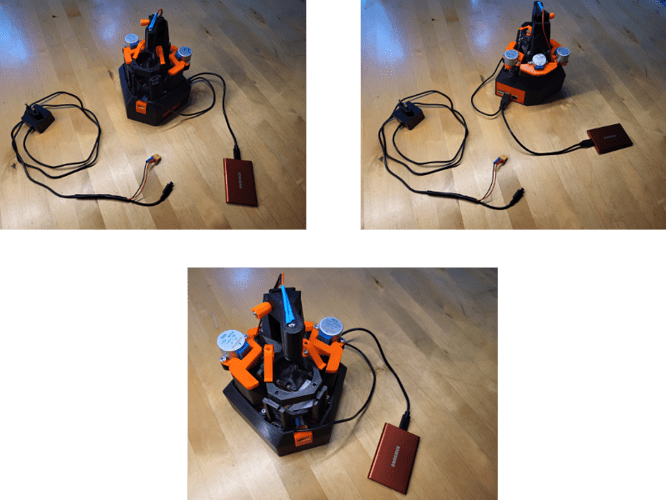 3D print kept my Prusa busy for a while, the result is without doubt presentable. I still run the steppers with the cheap ULN2003 drivers and a Nano. I couldn´t cram all wires and stuff in the V6 microscope stand, Now space is there, I wouldn´t say it is a palace, but it is not a tiny chamber either. With that said, cable management has also much improved. By the way I run the OS and server off a USB drive, that adds to the cable woes, however it is much faster that SD cards and MUCH more reliable than those.

I strongly recommend to purchase a longer flex cable for the camera, the standard is about 15cm and far to short for this setting. I think 50cm are OK, with a proper motor driver you may get off the hook with less. I made a U-shaped PCB holder, currently only for enough VCC/ground pins.

I wanted to get rid of external wires as much as possible. I soldered the y-shape cables on the PI power supply to feed the RPI4, but also the motors. I occurred to me that I had a few XT60 connectors laying around. I used these, instead of e.g. round (laptop) connectors. The best in my view would be an old laptop power brick plugged into the microscope with a step down voltage regulator inside the stand (converting 16/20V to 5V for RPI et al). I would not like an additional source of warmth inside OFM. I believe it does do any good to the stability (weakening or aging of the filament and causing additional drift). There is a recent discussion elsewhere in the forum.
.
Had I known how well the quality of the Pi Camera lens is, I would have waited with the purchase of the objectives (10x, 20x, 40x and a stunning 60x are waiting in the drawer for more to come, though). 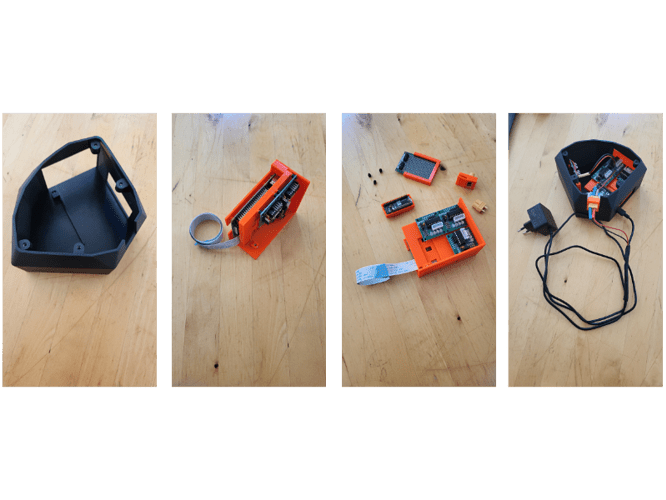 Be aware the rightmost image looks nice, tidy and still empty, once everything is connected I was happy to “close the lid”. The 12 wires for the steppers, 6 for powering, one USB cable for the Nano, and one flex band for the camera cable is still a lot of Spaghetti. But it works. I guess the motor control deserves improvement. Not that it looks only ugly, there are too many points of failure, and sorry if you need to get to the RPI, which is at the ground floor of the stand.

As mentioned earlier, the pi camera and the tiny lens do a great job. 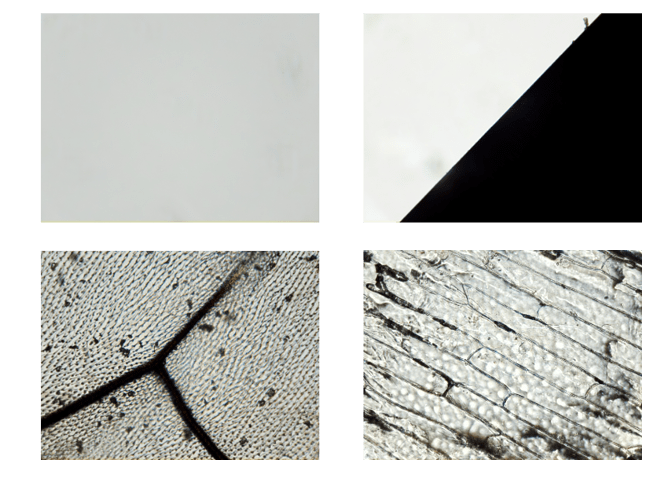 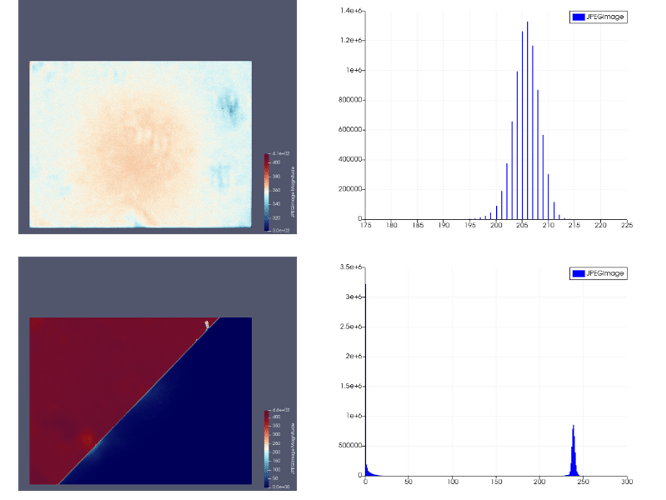 These four are false color presentations of the white image and the razor blade with the histogram respectively. Though the microscope images look good and nice, the lack of the condensor lens and suboptimal lighting can be seen by the orange area in the middle.

That´s it for today,
Cheers,

The only real solution to tidy wiring is a dedicated motor driver board. Unfortunately integrated Sangaboards are not available. With mine I did manage to get it reasonably tidy, but there is the issue that even when you pull out the nice Pi tray, to get to the actual Pi you need to take off the nano converter plate, but the screws are under the boards. Having said that, I have not had to take my V7 apart at all, it continues to work.
The nano on the converter plate in your pictures is in a different position from my V7.0.0-Alpha1, does it line up with the USB hole in the Pi tray?

The header pins from the Nano were in the way colliding with one of the motor PCB. That’s why I took the case from the raspi foundation with a few little tweaks and glued it to the plate - not looking at the Nano breakout. In the end the USB cable goes beyond the vertical PCB, that’s OK but ugly.
Similar issue with my Dupont wires. The pins are too long/tall and you need to push the tray inside the stand and wire the motors than, which is finicky I can tell. 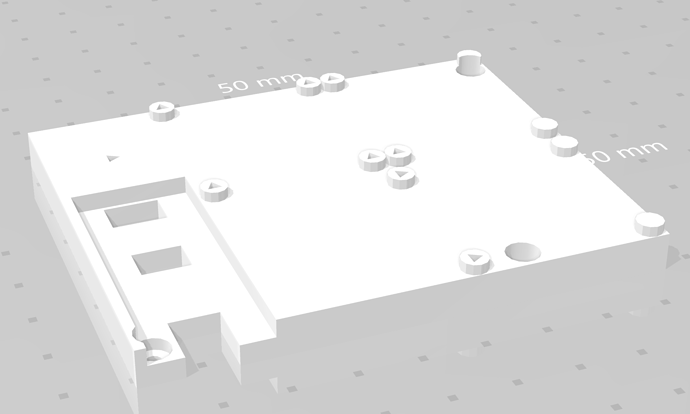 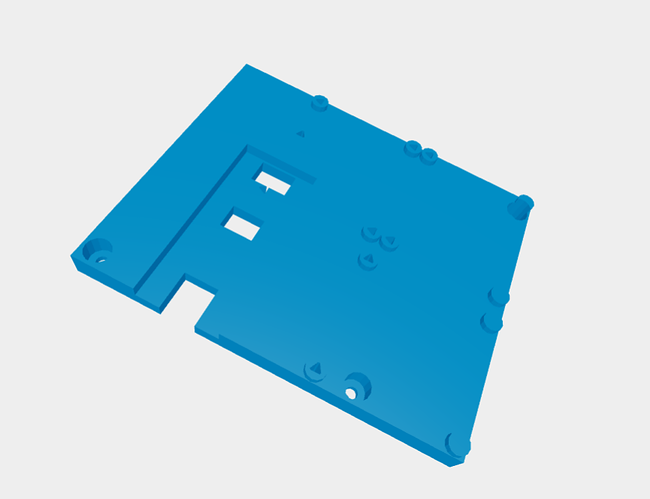 I don’t think that the hole for the USB has moved in the Pi tray from Alpha1 to Alpha2.

seems you are right. See below images from the inside. The hole sits underneath the screw holder 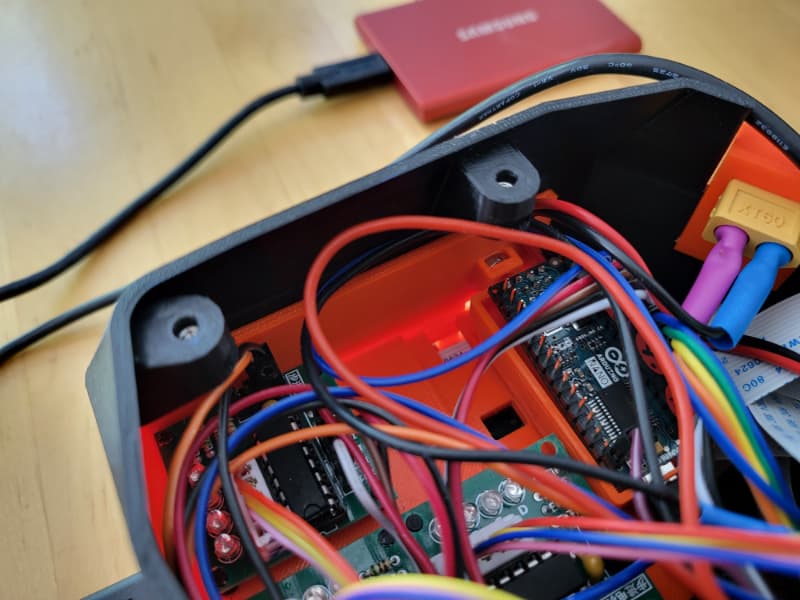 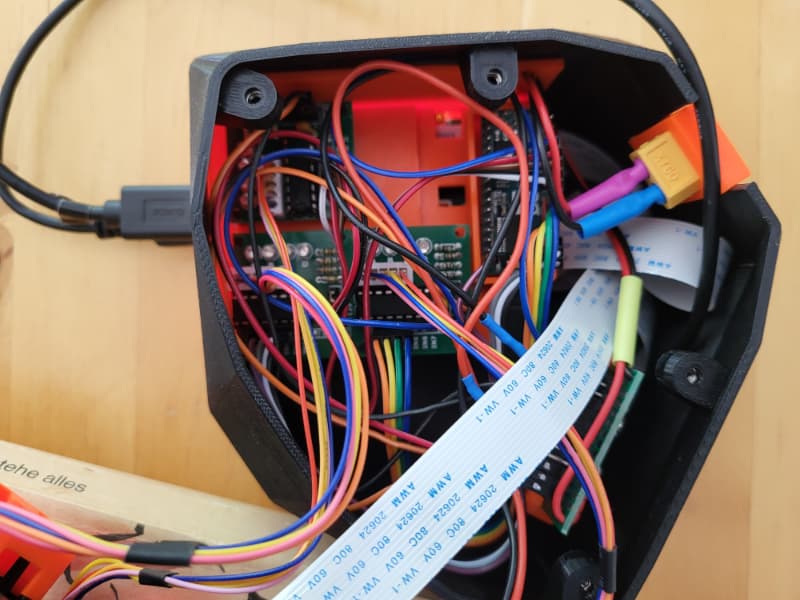