I am still experiencing several problems with my illumination. I changed to a diffused LED (the one in the middle). I get a more even illumination in the field compared to the one with the red arrow. 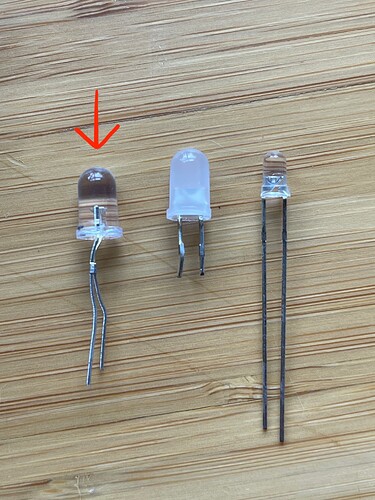 However, the calibration gives me a sky blue illumination. I dont know how to fix this. I decided to start with fresh installation followed but ofm update & ofm upgrade. 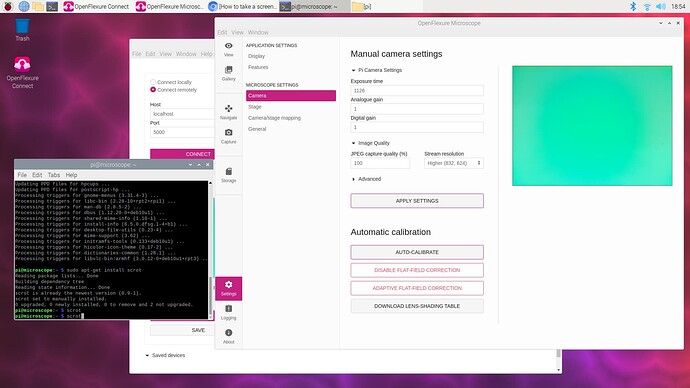 The warning could be the root of the problem, there might be an issue with the actual camera (or cable).

However that screenshot looks like the old server 2.9.x interface. Did the ofm upgrade maybe fail in some way?

Is all possible. I just purchased a couple of 8MP cameras to replace this one.
I am doing a new install after that.

That screenshot is not what I’d expect from a v2.10 server; the new calibration code should give you separate buttons for lens shading/flat field, exposure, and white balance as well as the existing auto calibrate button. I think something must have gone wrong with the update. Does it report 2.10 in the “about” tab? If you run sudo ofm update a couple more times, then re-run sudo ofm upgrade it may fix it, if there was a problem the first time.

I have seen the current SD image fail to update due to certificate checking problems, so I need to update the image as a matter of urgency.

I replaced the camera. Erased the SD card and put a new install. Run sudo off update and sudo off upgrade. I upgraded to a new Arducam Raspberry Pi Camera Module 8 MP, 1080P IMX219 and shows as disconnected. But the system does detect it.
Any idea how do I fix this? 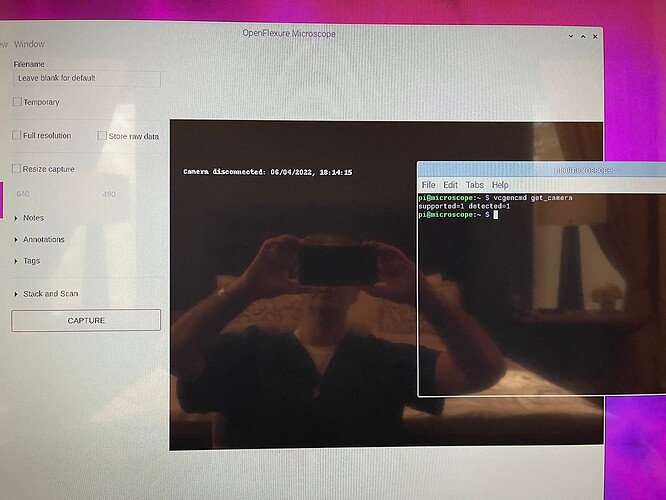 The old 5MP works fine. The colors look fine too. But cannot set the illumination right with this one as stated above. 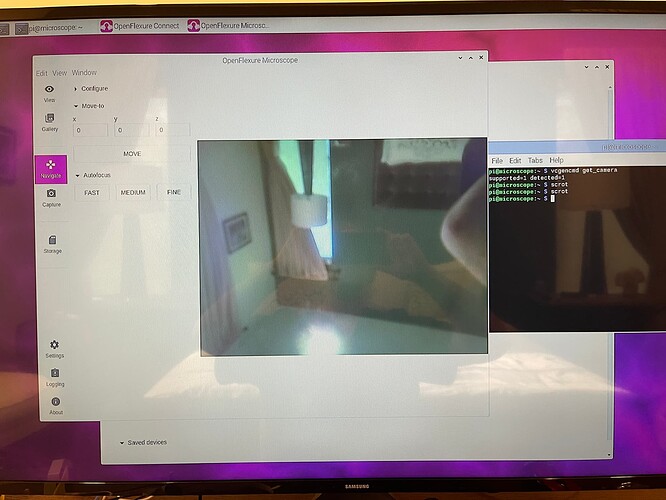 Arducam cameras are not something I’ve ever used. Typically, they use the same CSI ribbon cable as the official cameras, but they are not supported by the same drivers, because they offer a much wider range of sensors. The IMX219 shoudl be a special case, though; it is the same chip used in the official Raspberry Pi camera module v2. I think there’s an additional DRM chip required on the camera board to make it work with the Raspberry Pi GPU firmware though, which Arducam may not have.

A quick search brought up some arducam docs that suggest it should work with the picamera module that’s used internally by the OpenFlexure software.

A very useful quick test you can do is to open a console and run:

That should display the camera image full screen on the Raspberry Pi’s monitor. Hit <control> + C to close it. If that works, then the camera is talking to the right drivers, and the problem’s somewhere else.

Just to check, you’re using an OpenFlexure SD card and have not upgraded to Bullseye, right?

I learned this the hard way. Arducams are not fully compatible with RPi. Or at least it takes a lot of fiddling and playing to make them work. Very unreliable.
I bought 2 of them for US$22 as a bargain on Amazon. Even though the cameras are detected I get this error.

Not much documentation of this online Apparently, It can be caused by a million things including defective cameras. I also read that because of the current chip shortage there may a lot of counterfeit cameras sold online.
So I learned my lesson…you get what you play for.

Ah, that’s a shame - I could imagine that it’s the DRM chip that’s missing, though if their docs claim it should work, it would be a bit brazen of them not to include it! Anyway, at least you have an answer…

A post to link this thread to the solutions and lessons: New lessons learned -https://openflexure.discourse.group/t/new-lessons-learned/849